Hypoglycemia-Diagnosis and Treatment in Adult Patients

Severe hypoglycemia if prolonged can lead to permanent brain damage. Hence, rapid identification and correction of (suspected) hypoglycemia is critically important. In this post, diagnosis and treatment of hypoglycemia in adult patients is discussed.

In non-diabetic patients, the most common causes include infection, liver disease, and malignancy.

Common causes of hypoglycemia include 1

From 2006 to 2009, estimates indicate approximately 300,000 diabetic patient visits to an ED for hypoglycemia. In diabetic patients, most hypoglycemic episodes requiring emergency care (60% in one study) are related to medication.
The most common non-insulin hypoglycemic medications as well pharmacokinetics of different insulin types are illustrated below. 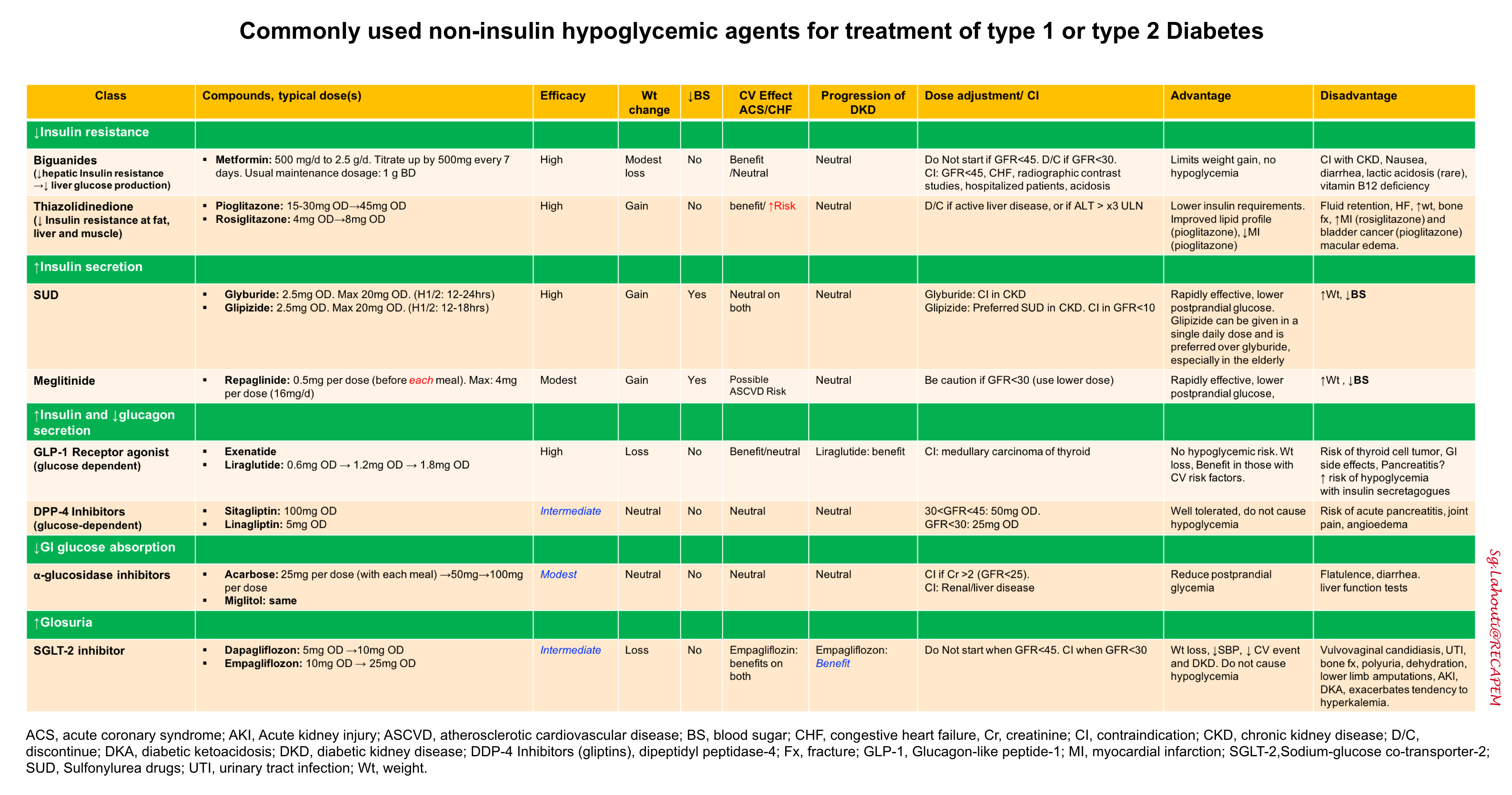 Neuroglycopenic: These symptoms are generated because of the brain’s lack of glucose, causing decreased function. Brain dysfunction is usually the most obvious clinical finding.

Definitions of hypoglycemia vary. Overall, there are two main considerations:

If cause remains unclear, obtain labs:

Disposition depends on the underlying etiology of the hypoglycemic episode and the stability of glucose in the emergency department (ED).

👉After you treat hypoglycemia, follow the patient’s glucose carefully. Hypoglycemia frequently recurs. For example, insulin or sulfonylurea overdoses will out-last the glucose you give to the patient. Acute Kidney Injury-Principles of Diagnosis and Renoresuscitation in The ED.